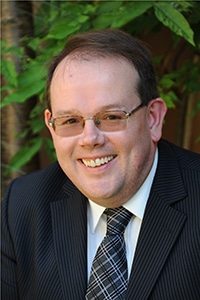 Jonathan is currently the Head of St Swithun’s Prep School in Winchester; it is his third headship and follows ten years leading Hurlingham School in Putney and a previous six at City of London School for Girls.

Between 1999 and 2004, he worked at Bute House as the Head of English and Deputy Head (Curriculum). Bute is a school that he holds extremely close to his heart, and he has implemented its values and practices in all of the schools that he has been privileged to lead. After graduating with a B.Ed. degree from Cambridge, Jonathan worked in boys’ schools- York House in Rickmansworth and Cumnor House in Croydon- before he moved on to Bute… and never looked back! He also works as an inspector for the Independent Schools Inspectorate and writes various articles for the educational press. These usually focus on his greatest passion, children’s literature, and he is proud to have gained an MA in this area from Roehampton University.

For fourteen years, Jonathan was a governor of Fairley House School in Pimlico and, following his appointment to St Swithun’s, joined the board of The Pilgrims’ School in Winchester.

Married to Harry, an international lawyer, Jonathan lives in both Winchester and Central London.