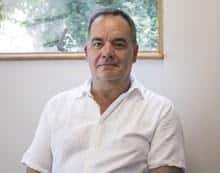 Mark spent over 30 years working for investment banks including Kleinwort Benson, Citigroup and Mitsubishi in both the City of London and Tokyo.  He was Principal Delegate to the International Securities Markets Association and Chair of the Yen sub-committee.

Since leaving the financial world Mark has turned his hand to voluntary work which includes being a magistrate in the West London Area, an Honorary Steward at Twickenham stadium and helping  to coach his 14 year-old son and others at Richmond Cricket Club.

His daughter was at Bute House from 2012-16 during which time Mark was Chair the House Committee and member of the inaugural Bursary Fund Ball committee. Mark lives in Chiswick with his wife, children, a guinea pig and a Labrador.

Mark is Chair of the Finance and Bursary Committees at Bute House.